Walters Gardens, Inc. is incredibly honored to receive one of the most prestigious awards given for perennials in the US, the Perennial Plant of the Year Award, for its introduction, Brunnera m. 'Jack Frost'.  'Jack Frost' had been a runner up in the 2010 contest.  This year, 431 perennials were nominated by PPA members for the Perennial Plant of the Year.  From this list, just four varieties were chosen as the final nominees and of those four, PPA members voted 'Jack Frost' in as the #1 Perennial in the country.  We agree!  It is certainly one of the very best perennials introduced by our company in our 65 year history.

'Jack Frost' opened up the possibilities for shade gardeners when it was first introduced in the year 2000.  It was discovered as a non-induced sport of 'Langtrees' at Walters Gardens, Inc. and was a sight to behold! We knew we had something special right from the start.  The leaves of 'Jack Frost' are intricately detailed with a crackle-like finish. Though the leaves are dark green, they have a heavily frosted metallic silver overlay which allows only the green veining to show through. From mid to late spring, baby blue, forget-me-not type blossoms are held in clusters several inches above the shimmering foliage. The effect is breathtaking!

Brunneras are classic perennials that are treasured for their shade tolerance and lovely blooms. They make a fantastic groundcover, though the variegated forms may be slower to spread than the species. Try growing them in containers too so they will be close at hand when you want to snip a few blooms for a spring bouquet.

Brunnera is a woodland plant that should be grown in full shade and consistently moist soil in southern regions. In the north, morning sun is acceptable as long as the soil remains moist. They will grow the fastest and strongest in rich soil.  Little care is needed once Brunnera is established. Cut back the old foliage in the spring rather than in the fall; it will help to protect the crown during the winter. A winter mulch is also recommended.

Runners up for the 2012 Perennial Plant of the Year:

(Switch Grass) — A dark green, upright, rigid clumping selection of Panicum. Roy Diblik from Northwind Perennial Farm, who introduced this variety, describes the unique flower stalks as being similar to an arranged bouquet placed in the center of the clump of foliage. Most of the seed heads are situated in the middle of the clump, rather than arching away from it like most other grasses. 'Northwind' blooms in late summer and is a fast grower.  Height: 5-6ft  Spread: 3-5ft  Hardy in zones 4-9.

(H. villosa hybrid — Coral Bells) — 'Caramel' was the first introduction in a group of H. villosa hybrids from Thierry Delabroye of France. It has proven to be a robust grower with fuzzy, bright yellow-orange leaves and a nicely compact habit. It looks great in containers or as edging. Heuchera villosa is native to the southeastern United States and therefore exhibits an increased tolerance of high heat and humidity over some other species. Though 'Caramel' produces cream flowers in midsummer, it is grown more for its colorful and robust foliage. Height: 12in  Scape Height: 14in  Spread: 12-15in  Hardy in zones 4-9.

(Turtlehead) — Short spikes of rosy-pink flowers that look like a turtle's head with its mouth open delight children and other passersby in late summer and early fall. This is the kind of plant that makes a great backdrop for shorter plants in the garden all season long, and suddenly catches everyone's attention when it's in bloom.  Chelone is a long-blooming perennial that thrives in moist woodland conditions. This variety has bronze-green foliage that turns a deeper green than the species, but is equally as showy. The upright, red stems provide additional interest throughout the season.  Height: 36-40in  Spread: 24-30in  Hardy in zones 3-8.

How is the Perennial Plant of the Year Chosen?

Each year, members of the Perennial Plant Association (PPA) nominate perennials for the Plant of the Year (POY) based on... 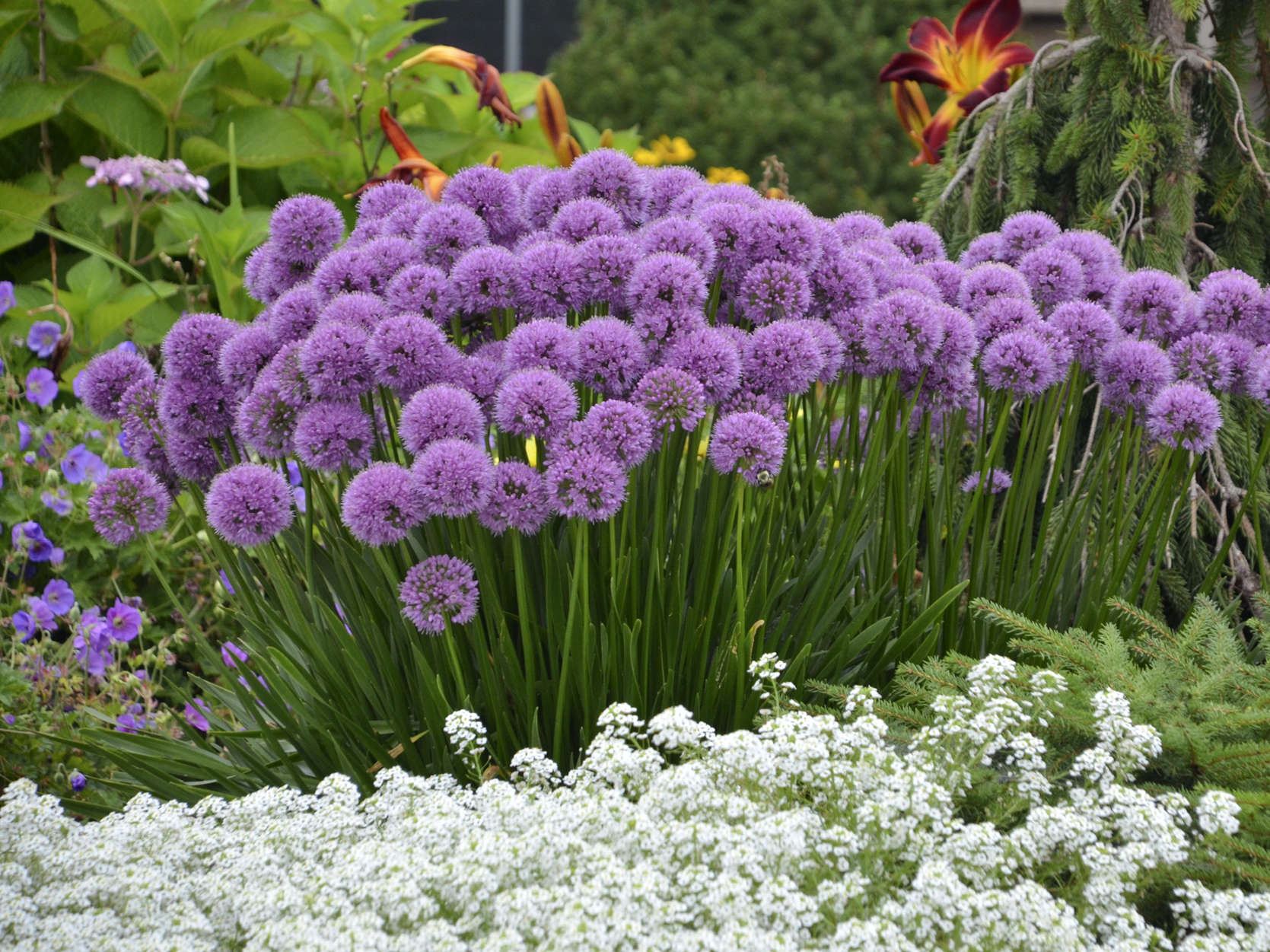 ‘Millenium’ been voted the 2018 Perennial Plant of the Year™, one of the highest honors a perennial can earn and given to only one plant per year.